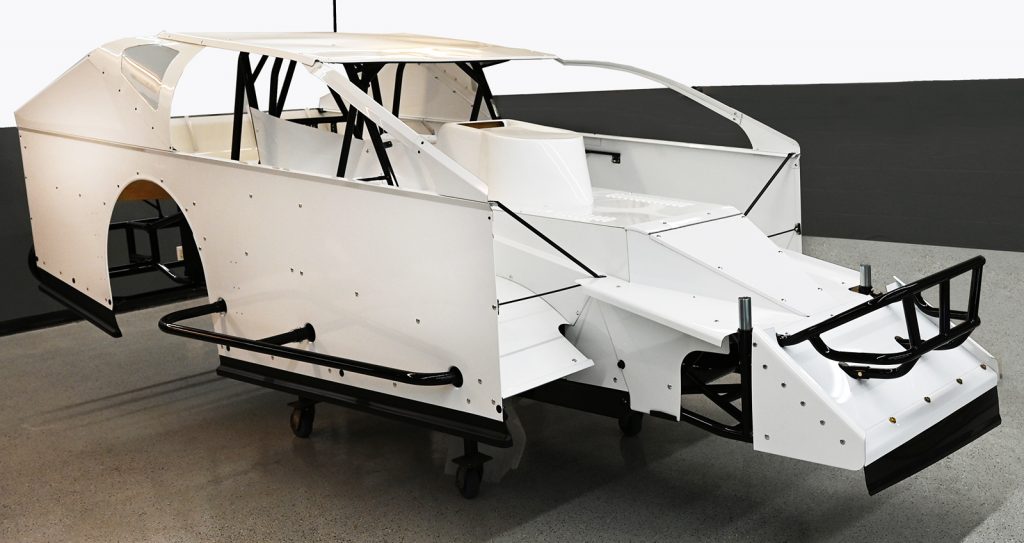 SPENCERPORT, N.Y. — Troyer Dirt Cars is pleased to introduce the 2021 TD5 dirt modified racing chassis. The TD5 platform will catapult the brand into an exciting, race- and championship-winning future at dirt tracks across the country.

Starting at an outstanding value price of $3,821.00 for a rubber-floor coil car, the American-made TD5 chassis is the symbol of Troyer’s commitment to being a force in dirt modified racing for years to come. The chassis will serve as Troyer’s design moving forward, and components will be interchangeable from 2021 to 2022 and beyond.

Chassis, body and bar packages are available and Troyer Dirt Cars will offer custom modifications to the chassis based on a customer’s specifications and requirements (at additional cost).

The Troyer Dirt Cars home and distribution center at 7 Turner Drive in Spencerport, N.Y., is currently stocked with inventory and is focused on maintaining that inventory and offering expert customer service and technical support for Troyer customers; the center offers 6,000 square feet of space to warehouse cars, parts and equipment.

Troyer Manufacturing, where all Troyer chassis are manufactured, is planning an Open House on January 9th at their 4555 Lyell Road location in Rochester. The event will showcase the facility’s new equipment, renovations, and the 2021 TD5.

Tony’s attention to detail takes the components he produces to the next level. For contact information, visit his website at troyermachine.com.

In the last few weeks we’ve had an overwhelming response to the new business plan for the Troyer Dirt Cars program. We’d like to thank all those who have given us encouraging words and great ideas for the new direction of the company.

For more information on the 2021 TD5, contact Troyer Dirt at 585-617-5003 or email sales@troyerdirtcars.com. Visit TroyerDirtCars.com and find us on Facebook at Troyer Dirt Cars or @troyerdirt.